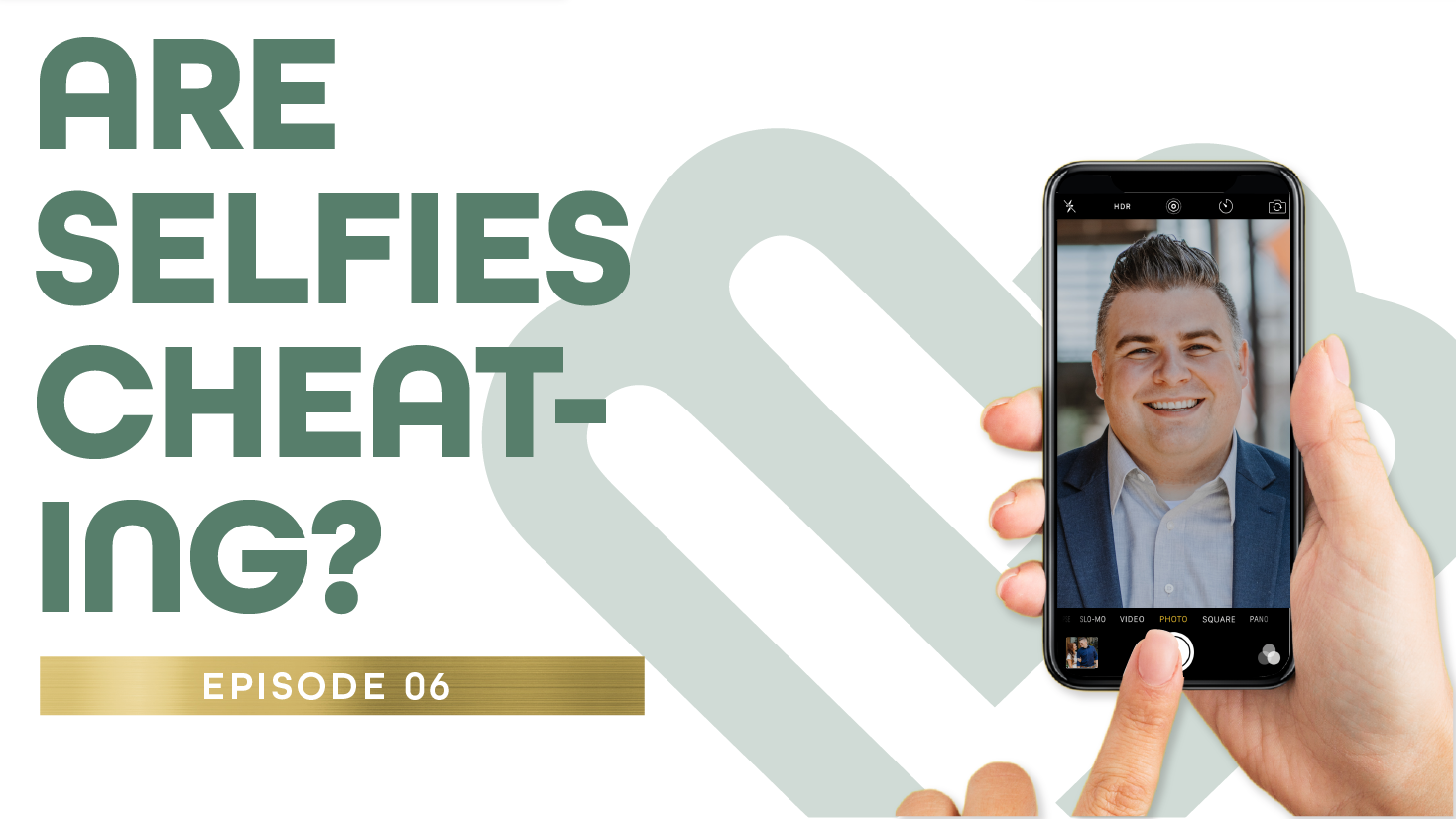 Hey, everyone! Thanks for tuning in to yet another blog from The Millionaire Marriage Podcast. We really appreciate you guys keeping us going, and we hope we’re giving you some tidbits of knowledge along the way!

Today’s topic is all about social media and your marriage, and it’s probably one of the episodes I’m most excited about. Social media is everything in our life right now. You just can’t get away from it. I mean… we’re promoting this podcast and blog via social media, right? It’s literally everywhere.

With a bit of preliminary research before jumping on here, I absolutely could not believe what I was reading: basically, at least one-third of divorces are caused by social media.

Let that soak in. There are real marriages out there that are being ruined and destroyed over this stuff! So when you really put things into perspective and think, wow, 50% of marriages end in divorce already, it’s just insane to think about. The number one cause has been finances and money for forever, but social media is steadily climbing up there, too.

Megan and I got married in 2007, just a few years after Facebook was founded.

It wasn’t something we were really concerned about as newlyweds, but obviously none of that stuff is what it’s like today. In just the last 10-12 years, we’ve seen how the power of social media has escalated and how destructive it can be.

In our marriage, and out in public, we’ve always wanted everyone to know that we’re the Kovars. WE, are the Kovars. It’s always Taylor and Megan, the Kovars, because we’re a team. With that being said, we actually share our social media accounts (as do Jeremy and his wife, Erica).

As Jeremy said, “We do everything else as a team, we live life as a team; why should social media life be any different? A big part that really influenced us to share an account is to have complete transparency, without any question about anything. It’s what works for us, but we kind of got flack for it at first. We always heard, ‘Oh, why are you guys doing that? You don’t trust one another?’ But the truth is, it has nothing to do with trust. That’s why we’re doing it—because we DO trust. We want to continue and maintain that.”

For Meg and I, it’s probably one of the best things we’ve ever done for our marriage, because we don’t want the other having to worry that we’re hiding anything or that someone is messaging us, and vice versa.

The Question We’re All Here For…

We teach a newlywed class at church on Wednesday nights. During one class, I posed the question, “Do you consider a selfie as cheating?”

I really wanted to hear Jeremy’s thoughts on this as a licensed therapist, and he responded:

“I think motive has a huge role to play here on whether or not it’s considered cheating. Are you seeking affirmation? Are you doing it to make yourself feel better? What value is it bringing to your relationship? Because if it’s hurting it, then it’s not adding value. You want to be cautious with your integrity. You only have one reputation, that’s something you want to make sure you’re paying attention to as well.”

This opens a whole new side door about (and social media does not help with this) our sense of security in ourselves.

What if those selfies are someone’s way of getting the validation they don’t receive from their spouse? Well—how do we get you to the place where you don’t need anyone’s validation, where you’re comfortable in your own skin?

In this case, the photo isn’t the problem. It’s what the underlying purpose is.

How do we get you to be comfortable in your own skin, where you don’t need Facebook’s validation? Where you don’t need the hundreds of likes and comments from people you barely know saying you look great, and then never hearing from them again?

The thing is, that’s just surface level validation. There are plenty of studies out there that reveal how getting all of that feedback on social media releases dopamine and makes you feel better, or gives you a rush. It almost serves the same function as drugs, per say: it makes you feel a certain way, and you want to feel that way again, so you keep posting and keep checking your account as the likes and comments come rolling in.

Whatever you put your focus on the most is what you’re going to pay most attention to and believe.

We’ve seen it time and time again on social media where we believe that people are out living this flawless lifestyle without a care in the world. No problems, no issues. It’s like some people think that just because an Instagrammer they follow has a giant closet full of amazing clothes with a daily workout schedule and a 15-step skincare routine, they’ve got life figured out.

Why can’t my life be that great? Why can’t I be that skinny? How are they always so happy?

If someone is dealing with intrusive thoughts like this and comparing themselves to others on the daily, we tell them to go through and unfollow the accounts or people who are making them feel that way.

It’s easy to get captivated. But the posts you’re seeing are only what they want you to see; they may always be smiling and hugging in the photos, but they could be sleeping in separate rooms and arguing every second of every day.

The thing is, there will always be someone richer. Someone better looking. Smarter. Funnier. (And even if they’re not really “better,” they can always fake it online to seem like they are.) But social media has a way of distorting reality and realistic expectations.

We’re all human, and humans aren’t perfect. We need to accept that.

There’s No Filter for the Ugly Side of Social Media

We all know about the tools that these social media companies are rolling out, to hide or make messages disappear.

“I think it’s dangerous,” Jeremy said. “I think it’s dangerous because of the potential it could lead to now. Snapchat’s one of them—there has been a lot of harm done because of Snapchat. Just like Taylor says, I don’t like snakes. So if it looks like a snake, I’m gonna stay far away from it. I’m good, I don’t need it. I don’t want my marriage to ever be potentially compromised, by anything.”

The only reason you’d need to hide something, is because you have something to hide. Don’t let yourself get to that point! If it’s something you think your spouse might perceive as wrong, that’s easy: don’t do it.

“Relationships are not complicated. They’re complex, but this stuff is not that difficult. It’s really not,” Jeremy said. “So I think the bad side of social media is more like temptations and snares that you can easily avoid if they add little or no value to your relationship.”

He also had a really great illustration that he used to describe social media:

A brick is amoral. It doesn’t know the difference between right or wrong, or anything, really. Because it’s a brick.

Some things that are amoral lean toward other things that can be perceived as harmful or inappropriate. A brick leans more towards building a house instead of breaking a window, but that brick does whatever the person wielding it wishes. You can easily use it to do either of those things.

The same goes for social media. It leans toward sharing memories and communicating with family and friends, but it could also easily be used to keep secrets, lie, and destroy a marriage. Its purpose will be whatever the user wishes for it to be.

We say this time and time again on here, but all roads lead back to intentionality.

You married this person to spend the rest of your life with them. You should care wholeheartedly about this relationship. Eliminate every and any possibility that there could ever be for anything to happen, because no one is above falling. No matter how strong you think you are, no one is above making mistakes. No one is above temptation. Put up every safeguard you can to make sure that if temptation comes knocking, you’re not home.

A lot of the time you hear (or you’ve probably even said it yourself), “Oh, that’ll never happen to us,” or “That would never even be a thing in our relationship.”

In my own illustration of this, I’m using the Titanic. Not the movie, but the ship and the story itself. They claimed it was unsinkable. It was perfect. The greatest, the grandest. It could not sink.

And of course… we all know what happened next.

So, things can happen. And they will happen if you don’t take the right time, the right measures, to protect your relationship from them.

It is absolutely possible to have a happy, thriving, and successful marriage. A lot of that happiness comes from transparency, being raw with your spouse, and communicating.

Marriage Means Being A Team Player

A lot of our advice goes straight across the board for any topic. Most of the things we say, this probably won’t be your last time hearing it, because it’s always true! In this case, we’ll repeat one of our favorite sayings: you’re on the same team.

Winning a baseball championship won’t work if only the second baseman and center fielder want to win. It has to be a team effort—everyone has to be involved to reach the ultimate goal. The same thing goes for your marriage!

No matter where you’re at in your relationship, no matter your history of social media—again, it’s not going anywhere, it’s here forever—start building those safeguards now. There are things you can do. If you can’t agree, make compromises. Hear those concerns out!

You may not like it at times, and it’s so easy to quickly get defensive. But at the end of the day, have that transparency in your marriage. If you’re nervous about something, put some safeguards in place to avoid temptation and future conflict with your spouse. Remove those stumbling blocks in your marriage.

Taylor and Jeremy, Logging Off for Now…

We have a big feeling this probably won’t be the last episode or blog where we talk about social media, just because things like that are constantly developing and changing, and it’s such a huge part of the world as we know it today.

(A little disclaimer though…we don’t want our listeners or readers to leave here thinking, “Okay, that was just about staying away from social media so we don’t have affairs.” There are SO MANY other benefits to social media, and we totally understand and agree with that! We just suggest making sure you stay on the same page so one of you isn’t on chapter three, but the other is on a completely different book in the series. It’s all about finding what works best in your marriage, together. Again: same marriage, same team.)

Stay tuned on The Millionaire Marriage; if you’re more of a listener, check out our podcast! And if you’re a reader, this is your spot! Either way, we hope that you’re able to take something away from these topics for your own life.

We thank you guys so much for the continued support, see you next time!