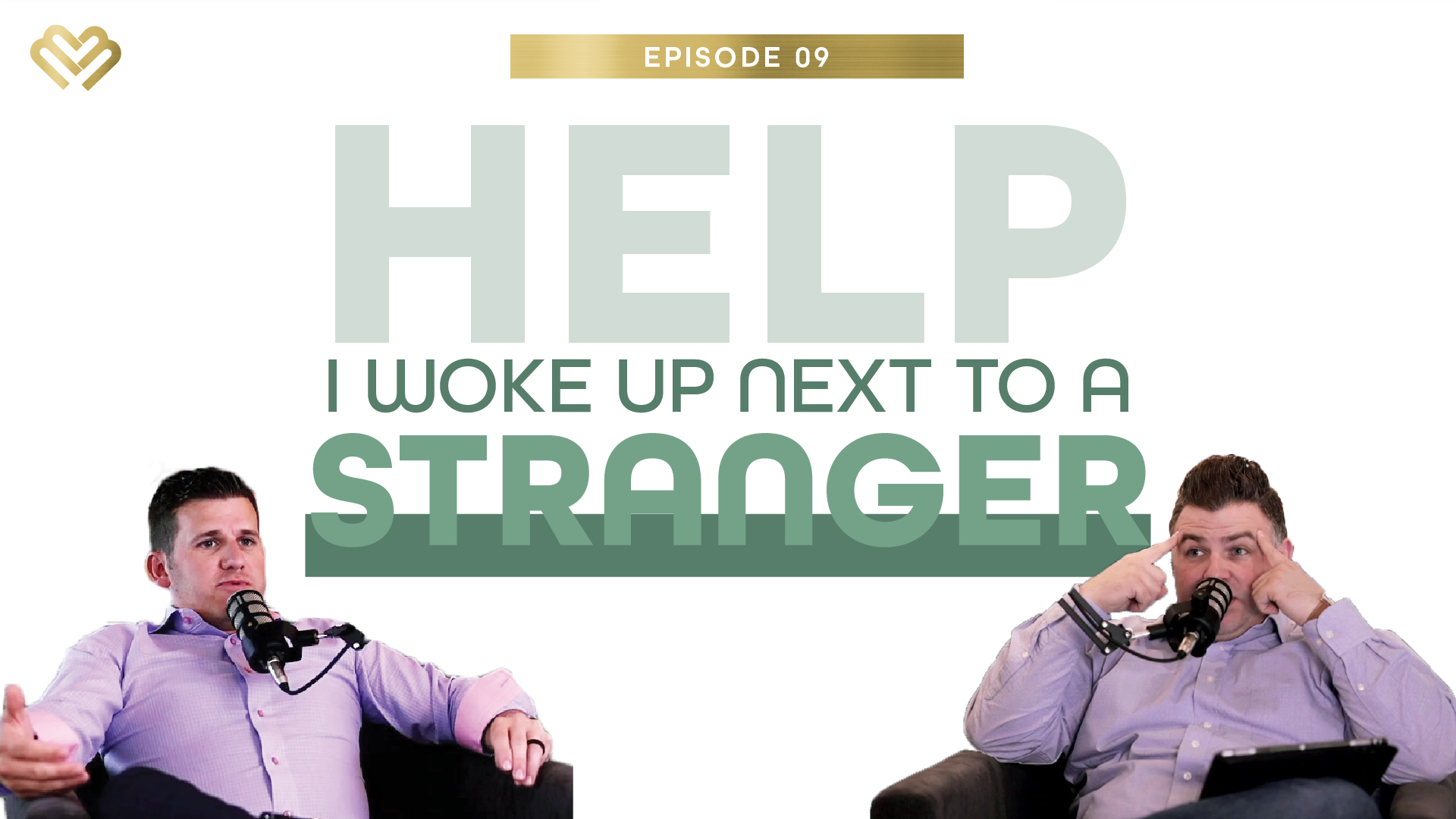 I Woke Up Next To A Stranger!

Another week, another Millionaire Marriage blog! You’re here with Taylor Kovar and Jeremy Gilliam. For clarity’s sake, we aren’t talking about waking up next to a literal stranger today… what we mean is one day realizing that you have absolutely no idea who your spouse is anymore. It’s not the same person you once said “I do” to on your wedding day.

After being together for a few years, Meg and I have had lots of couples in our newlywed classes come to us with this same thought. Stuff like:

They’re different from who they used to be.

I never thought they’d own their own business. I never wanted to marry a business.

We don’t talk like we used to when we were dating.

Things we used to like doing together, we can’t stand anymore.

We don’t see eye to eye anymore. What gives?

In his sessions, Jeremy says, “A lot of the times, when couples start having small kids, that’s when I really see this happening, because they start to make their entire marriage about the kids. We’ve talked about this on our podcast before, that a lot of people make the mistake of rolling their identity into just a dad, or just a mom, and shove their original title of ‘spouse’ to the side.”

That’s not to say that this WILL happen to you when you have kids, or even that it WON’T happen; it’s just the idea that as we progress through time and life’s milestones, we all change.

We even see this occur in certain career paths or while changing careers. Maybe someone is getting really serious with their job, they suddenly work tons of overtime or they’re on the road a lot, and they just begin losing interest.

Become disinterested for too long, and your home begins to center around something else entirely. Not your spouse, not love, and not your marriage.

When I was pursuing my degree when Meg and I first got married, I focused on work for a long time, and after a while, it was almost like we were living in two different circles. I had work and everything there, and she had kids and everything at home. Those two worlds don’t really overlap except for a few hours in the evening.

It’s extremely easy to live in our own little circles until something changes there. Unless you’re being intentional about spending time together—weekly date night, specific bedtimes for the kids, whatever—those little circles will remain separate.

How can we work to get out of this situation?

Jeremy says, “I think a great place to start is to create unique experiences again as a couple. When you’re first dating, everything is brand new. But when you’ve been married for 12, 15, 20 years, there’s not a whole lot of new experiences to be had anymore. Find something you guys haven’t done before and do it together. Start establishing shared memories with this person that has grown into a distant acquaintance.”

We’ve said this time and time again, but: Everything. Goes. Back. To. Intentionality.

If you do nothing, absolutely zero for your marriage, you’ll wake up 10 years from now and not know who your spouse is. You don’t even have to be a bad wife or a bad husband; if we don’t do anything, good or bad, our marriage will naturally descend into chaos, disorder, and dysfunction.

You must intentionally add energy to your relationship.

Let’s take Jeremy’s analogy for instance: “At my office at the school, I have a glow in the dark star on my bookshelf. It’s the perfect example of marriage—energy and entropy. So, in order for one of those stars to glow at night, it has to have energy. You can put energy on it to make it glow, but all you have to do is literally nothing for it to naturally start to fade. It’s the same thing in a marriage: do nothing, and you’ll become a stranger. Click the light back on in your marriage, so to speak, and start adding more energy again.”

Get Back To The Basics

Things are going to change. It’s inevitable! Try something new.

One of our favorite marriage/family therapists (besides Jeremy, of course) is John Gottman. He’s got an app called Gottman Card Decks that we love. It gives all kinds of quick references for building love maps with your spouse.

The first box on the app is called “Love Maps.” They’re questions intended to be used as an exercise to learn to map out your partner. What you’re essentially doing is taking the opportunity to learn more about your spouse and open a conversation.

These open questions allow conversations to go beyond the surface. It’s kind of like getting to see the whole iceberg, instead of just the top part of simple responses. If all you’re doing is floating at the surface, you’re not connecting.

Another classic conversation starter to learn more about your spouse and reconnect on a different level is the game “Would You Rather,” in which you ask if they’d rather do this or that.

Would you rather go to the beach or the mountains? Why?

Would you rather go to Egypt right now, or Paris?

Would you rather be a fish or a bird?

Would you rather be able to see the future or travel back to the past?

Questions like these can start to rekindle conversation. This one’s also really fun with the kiddos!

We promote all of the time with The Millionaire Marriage that every marriage is worth saving. No situation is so bad that you can’t work your way out of it. We aren’t advocates of divorce, nor do we ever recommend it.

If your marriage is stuck in a rut—no matter how big or small—it can be overcome one step at a time.

If you’re reading this and genuinely want to make a difference in your marriage, but your spouse is content with how things are and doesn’t want to change, don’t lose hope. Don’t think that what you want to do doesn’t matter because this stagnant lifestyle has been going on for so long. It does matter, because you’re wanting to do something different.

Dig really deep in the weeds, find those resources. As always, our website has a ton of them, and we’ll be releasing even more on social media over time. We’re always working on our list to keep it current and ongoing, because we want to continue to provide tools that will plant seeds and allow things to grow, so your marriage can thrive.

Things CAN change, but it’s going to take the two of you putting in effort and enduring the discomfort. You can get there, you just have to try.